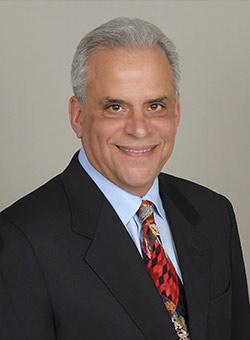 Born in St. Paul, Minn., he was on the Dean’s List and earned a BA in biology and chemistry from the College of St. Thomas. Following that, he was a Peace Corps volunteer in Kisii, Kenya (East Africa). He earned his medical degree from the University of Minnesota in Minneapolis. He then completed General Surgery and Plastic and Reconstructive Surgery residencies at the University of California, San Francisco.

Since 2009, Dr. Ciresi, MD, FACS, FICS, has performed Plastic, Reconstructive and Vascular Surgery at Kern Medical Center in Bakersfield. Prior to that, he was in private practice in San Ramon. He also served as assistant clinical professor at the University of California, San Francisco, as well as chief of surgery and chief of staff at the San Ramon Regional Medical Center.